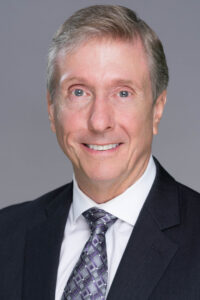 David Reagan is a native Texan with over 42 years of experience in municipal law, general counsel practice, and working on legislative matters for local governmental entities.

Prior to joining Davis Kaufman PLLC as Of Counsel, Mr. Reagan was employed by the Texas Municipal League Intergovernmental Risk Pool (TML Risk Pool) as Director of Legal Services from 1992 to 2021. He assumed the additional positions of General Counsel and Board Secretary for the TML Risk Pool in 2004.

Mr. Reagan has served as President, First Vice President, Second Vice President, and Secretary/Treasurer to the Texas City Attorneys’ Association. He has also served as Chairperson and Vice Chairperson to the Government Lawyers Section of the State Bar of Texas. He is licensed to practice before the Fifth U.S. Circuit Court of Appeals and the United States Supreme Court.