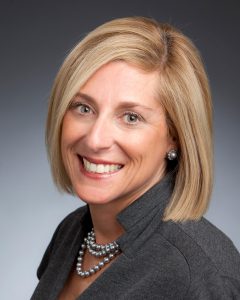 Lisa Kaufman brings more than 29 years of legislative experience, including 26 years in Texas, to the legal and lobby practice of Davis Kaufman PLLC. Before founding Davis Kaufman PLLC with Denise Davis in 2012, Ms. Kaufman served as the Director of Budget & Policy and Special Counsel to Texas Speaker Joe R. Straus, where she distinguished herself as a consensus builder on the state budget and other major policy issues during the 2009 and 2011 legislative sessions.

Prior to her service to Speaker Straus, Ms. Kaufman served for one year as Executive Director and General Counsel of the Texas Civil Justice League and for 11 years as General Counsel to Texas Senator Robert Duncan, as well as Committee Director for the Senate Jurisprudence and State Affairs committees. While in the Senate, Ms. Kaufman garnered the respect of her colleagues and of lawmakers for her ability to quickly master complex legal issues and negotiate critical state policy and budget matters.

Her legal career also includes service as Senior Investigative Counsel to the U.S. Senate Judiciary Committee and as Special Counsel to the U.S. House of Representatives Government Reform and Oversight Committee. Ms. Kaufman worked as an Associate in the Washington, D.C. office of Akin Gump Strauss Hauer & Feld, where she specialized in both civil and criminal litigation and practiced before federal regulatory agencies.

Ms. Kaufman is a certified mediator in the State of Texas. She is also a 2012 Fellow at The Center for Public Policy Dispute Resolution at the University of Texas School of Law. Ms. Kaufman has been consistently ranked as one of Texas’ top lobbyists by Mike Hailey’s “Capitol Inside.”

Ms. Kaufman currently serves on the Executive Committee of Austin’s ZACH Theatre (Treasurer), the Central Texas Region Anti-Defamation League Board of Directors, and a founding board member of Dress For Success Austin.