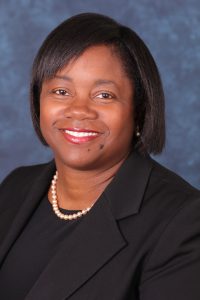 Denise Davis is a native Texan with over 20 years of experience working with members of the Texas Legislature. In addition to lobbying, she has extensive experience in developing and implementing legislative strategy, providing procedural and parliamentary advice (House and Senate rules), and in drafting complex legislation, administrative rules, legal memoranda and briefs for clients in both the public and private sectors.

Before founding Davis Kaufman PLLC with Lisa Kaufman in 2012, Ms. Davis served for over two years as Chief of Staff to Speaker Joe R. Straus. As Chief of Staff, Ms. Davis gave strategic advice to the Speaker and House leadership and oversaw the legislative agenda and daily activities of the Speaker’s Office.

Prior to her tenure as Chief of Staff, Ms. Davis served several sessions as House Parliamentarian and Special Counsel to the Texas House of Representatives, where she advised the Speaker and House members on ethics and on legal and parliamentary matters relating to the Texas House of Representatives including points of order, House Rules and precedent, and open records. Ms. Davis has extensive experience drafting complex floor amendments, litigation, and policies. She has lobbied extensively for several sessions before all of the House and Senate committees who have jurisdiction over public retirement and pension issues.

In addition to her many years in public service, Ms. Davis has also worked in private practice, serving as Special Counsel to the corporate department of Baker Botts LLP, an international law firm, where she provided public policy law and governmental relations services to corporate clients in the energy, financial, and health care industries.